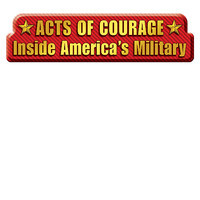 From rescue missions in the remote villages of Afghanistan to assignments in American cities after disasters such as the September 11 attacks and Hurricane Katrina, the men and women of the U.S. military are always on call to protect their country. This riveting new series takes readers into the lives of individual soldiers who've faced terrible danger, yet have still shown uncommon bravery. Each book contains first-hand accounts of courageous, selfless acts that have sometimes cost these heroes their own lives. Large action photos, fact boxes, and maps enrich these true stories of bravery and valor. Written in a narrative format, Acts of Courage: Inside America's Military is sure to resonate with children who have parents currently serving in the military as well as with all kids who are interested in our country's armed forces.