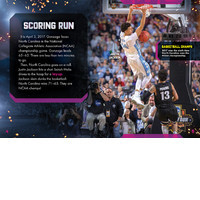 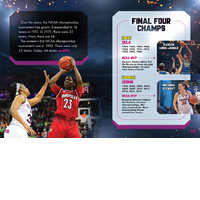 From the Series Sports Championships

The Tarheels are down by two against the Bulldogs with minutes left to go. After a series of strategic moves and a slam dunk, North Carolina becomes the 2017 NCAA Men’s Basketball Champion for the sixth time! It’s games like these that make the NCAA tournament and the Final Four round unforgettable. In this action-packed title, striving readers will learn about the rules and history of the tournament while taking in exciting facts and records.