From the Series More SuperSized!

Many people think that whales and dolphins are two different kinds of animals, but they are not. Every animal in the dolphin family is a kind of whale. The killer whale is the largest dolphin in the world, and can grow up to 32 feet (10 m) long. That's about as long as five tall adults lying end to end! Killer whales are sometimes called "the wolves of the sea." Like wolves, they hunt in groups and work together to catch their prey. These dolphins are big eaters—-a large adult can eat 500 pounds (227 kg) of food each day! In Killer Whale: The World’s Largest Dolphin, large color photos and grade-appropriate text will engage young readers as they learn about the natural habitat, physical characteristics, diet, life cycle, and behavior of this super-sized dolphin. A comparison diagram is also included to show readers the animal in relation to a familiar object. 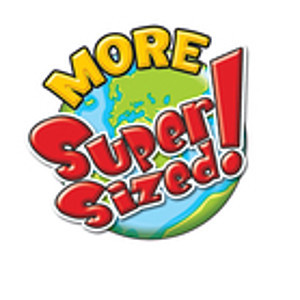