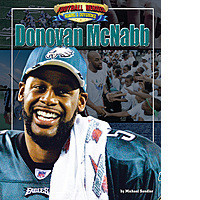 Since he entered the NFL in 1999, the Philadelphia Eagles’ Donovan McNabb has proven to be one of the most dynamic quarterbacks in the league. His powerful throwing arm and superior intelligence have made him a five-time Pro-Bowl selection and a fan favorite. Donovan’s record off the field is just as impressive. After several close family members were diagnosed with diabetes, he created the Donovan McNabb Foundation.The organization runs an annual summer camp for kids with diseases and has raised thousands of dollars for the American Diabetes Association.In Donovan McNabb, young readers will follow this NFL superstar’s amazing football career and also discover how he’s made a difference in people’s lives by joining the fight against diabetes. Large, full-color action photos and engaging text will keep readers turning the pages for more.Donovan McNabbis part of Bearport’s Football Heroes Making a Difference series. 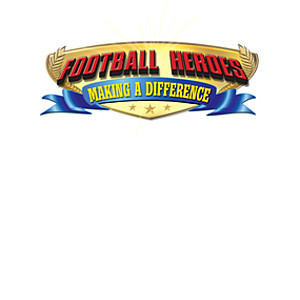