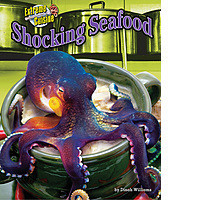 From the Series Extreme Cuisine

Are you in the mood for seafood? How about trying live octopus arms? Just make sure you chew them well before you swallow—you wouldn’t want one of the suckers on the wiggling arms to get stuck in your throat. Or perhaps you’d prefer a more traditional meal of rotten shark meat. After decaying in an underground pit for two months, the meat is dried out in a shack for a few more months—just enough time for a nice brown crust to form on the outside. Where do people eat foods like these? All over the world! In Shocking Seafood, kids will be amazed to learn about the wide variety of creatures from the sea that are cooked—and eaten—by people from different cultures all around the globe. Large, eye-popping photos, a colorful map, and fascinating fact boxes on every two-page spread are sure to delight young readers.Shocking Seafoodis part of Bearport’s Extreme Cuisine series. 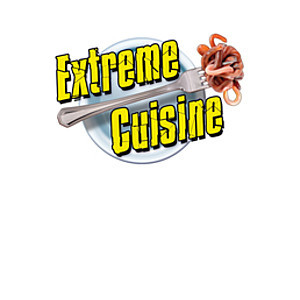