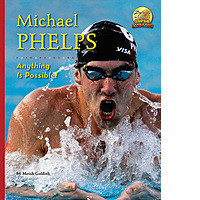 After opening in the midst of the exciting swim for an 8th gold medal at the 2008 Olympics in Beijing, this title soon turns to Michael’s beginnings, which seemed less than promising. Around age 9, he was diagnosed as having ADHD, and a teacher told his mom that he would “never be able to focus on anything.” But Michael and his mom saw things differently, especially after Michael began trying to swim. While he was afraid for his face to be underwater at first, he soon conquered that fear and began to swim straight ahead into what would become a record-setting career.Today, Michael is hailed as 'the greatest Olympic athlete of all time'! This inspiring read will introduce kids to the person behind the legend…a person perhaps not so different from the kids themselves. Michael Phelps: Anything Is Possible!is part of Bearport’s Defining Moments: Super Athletes series. 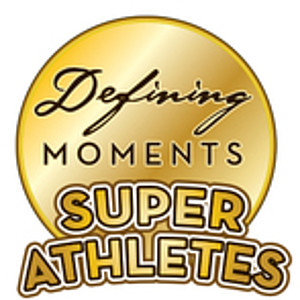