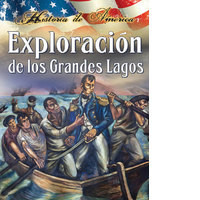 During settlement, the Great Lakes and its rivers were the only practical means of moving people and freight. Barges from middle North America were able to reach the Atlantic Ocean from the Great Lakes when the Erie Canal opened in 1825. By 1848, with the opening of the Illinois and Michigan Canal at Chicago, direct access to the Mississippi River was possible from the lakes. With these two canals an all-inland water route was provided between New York City and New Orleans. Learn what role the Great Lakes played in transporting cargo, immigrants, and even cruise ships. This title will help students analyze in detail how a key individual, event, or idea is introduced, illustrated, and elaborated in a text.