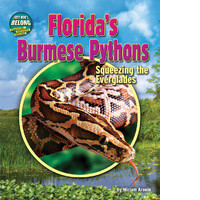 From the Series They Don't Belong: Tracking Invasive Species

In 2011, scientists studying mammals in southern Florida announced a shocking discovery. In just a few years, the number of bobcats, raccoons, opossums, and other animals in the area had dropped sharply. The scientists soon figured out what was causing the mammals to disappear—Burmese pythons. Since their arrival from Asia in the 1990s, the deadly snakes were wreaking havoc on the wildlife in the Everglades. The giant reptiles, some more than 20 feet in length and weighing more than 200 pounds, are able to kill and swallow creatures as large as deer and alligators!

In Florida’s Burmese Pythons: Squeezing the Everglades, students will learn all about these dangerous snakes. The fascinating account describes how Burmese pythons first arrived in Florida from Asia as pets, how they may have made their way into the wild, and how expert snake hunters are helping scientists control their population today. Large color photos, maps, and fact boxes enrich the dramatic details. Written in narrative format, this series is sure to keep young readers engaged. 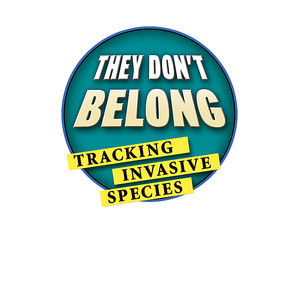