From the Series Sports Championships

The first Super Bowl kicked off on January 15, 1967. The National Football League’s Green Bay Packers defeated the American Football League’s Kansas City Chiefs 35–10. Today, 32 teams battle through regular season in hopes of a chance at the Vince Lombardi Trophy. This title will take reluctant readers down the road to the championship and through the history of the league. 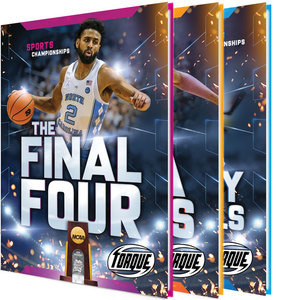